New technologies are developing at a faster pace to meet the transport demands of people without hurting the environment. One such alternative technology gaining popularity is electric vehicles. Many companies are jumping the bandwagon to attract traction before the industry experiences a radical shift from conventional internal combustion engines using fossil fuels. The change is catching up in countries such as India. The electric vehicle sector in India has gained momentum with the top brands investing in the segment. Among the different brands, Tata Motors has become the Top Electric Vehicle Manufacturer in India.

While the electric passenger vehicle sale in the country remains less than 1% of the sale of the total passenger sales, experts believe there exists strong momentum in the market. According to the industry data recorded for the first half of 2021, the electric vehicle industry saw the sale of more than six thousand electric passenger vehicles. The year-on-year (YoY) growth of a staggering 234% has offered hope. In India, electric vehicles account for just 0.45% of the total sale of passenger vehicles. But Tata Motors has emerged as a leader in the segment with the Nexon EV model taking up 58% of the market share. While Tata Tigor holds a 13% market share. The close competitor MG, the British brand has a share of 29% market share.

Tata Motors has informed about the potential two billion USD into the electric vehicle subsidiary over the next five years. The Tata Group is also busy building Tata UniEVerse, the ecosystem leveraging the group synergies to offer EV solutions to the public. The Tata Group aims to bring together all its companies to offer a solution to ensure more people opt for electric vehicles. Tata Motors has emerged as the numero uno in the electric vehicle market with two of its competitors (MG ZS EV and Hyundai) trailing far behind. The high safety rating and better price options make Tata Motors the favoured brand in India. 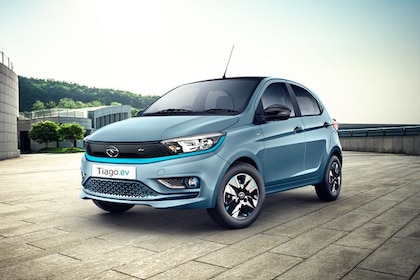 Tata Tiago EV, the electric car for the Aam Aadmi, has been launched. Check everything- its price and range

Tata Tiago EV (electric vehicle) was formally presented and introduced in the nation, with a starting price of INR 8.49 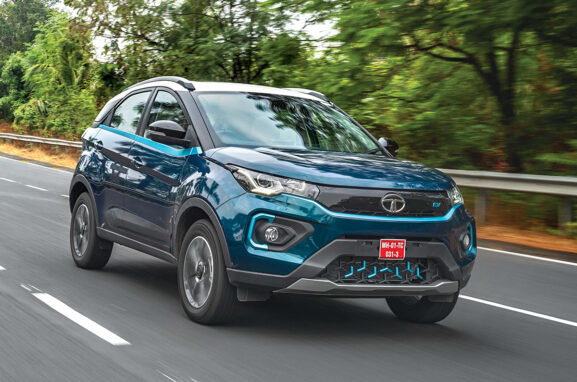