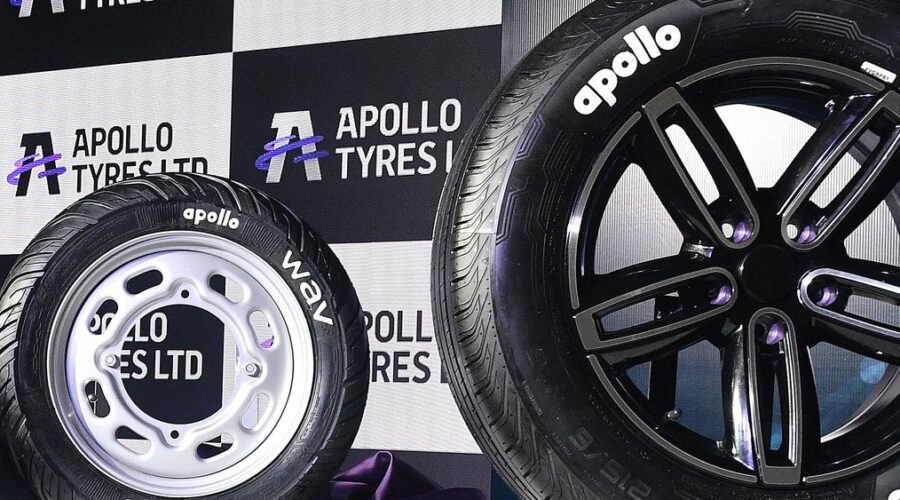 Apollo Tyres has recently announced and launched new Electric vehicles specific tyre ranges in our country. This will be under two new sub-brands, and these are Apollo Amperion and Apollo Wav. The Apollo Amperion is mainly dedicated to electric passenger cars, and on the other hands, the Apollo Wav range is targeted at electric two-wheelers.
According to Apollo, Amperion and Wav are offering better grip as compared to others. But the cost is slightly higher than comparable traditional tyres.

Apollo Amperion is enhancing EV range by up to 8 percent

Its Amperion range is coming in two different tread sizes, which are- 195mm and 215mm, and both are targeted at SUVs with R16 and R17 rim sizes. The Electric Vehicle specific tyres also feature a five-star BEE certification of the low rolling resistance, wet-grip performance as well road noise.
These Tyres claims that Apollo Amperion will enhance the range of the EV by up to eight percent, which has the special functionalized resin compound, which offers better grip to handle fast torque application in case of Electric Vehicles, as well as reduces rolling resistance. The sidewall profile on this Apollo Amperion range also works to lower the aerodynamic drag to achieve reduced resistance when they are rolling. Mahindra unveils five Electrifying SUVs (XUV.e8, XUV.e9, BE.05, BE.07, and BE.09) under two brands based on the purpose-built INGLO platform. In previous news, a few days back, we have already unveiled the Ola scooter by Ola Electric. So here is